Majozi is a proudly South African musician from the coastal city of Durban who wears his heart on his sleeve. Literally. He has tattoos dedicated to his faith and to his mother – two very defining aspects of his life, both of which inspire the music he writes. 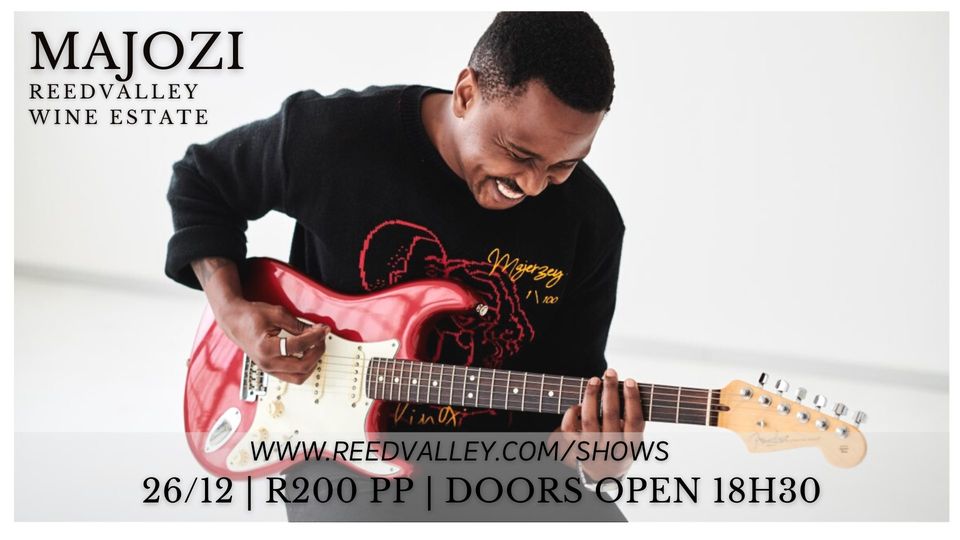 His debut single with Universal, Fire, was a major pop radio hit and his feel-good follow up single, Darling, endeared Majozi to the hearts of his soon-to-be loyal fans. He released his debut full length album, “Fire”, in March 2016 which includes the #1 single Breathing as well as the hit collaboration with Tresor, The Woods. In 2017, Majozi also received a SAMA nomination for Best Adult Contemporary Album for “Fire”.

Majozi is refreshingly sincere and crafts heartfelt songs that artfully portray his uplifting perspective on the world around him.

Come and join us at ReedValley to see this amazing artist live, and enjoy some wine!
*Doors open 18h30, show starts 20h00*