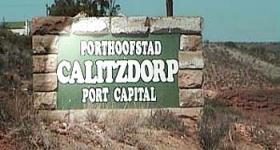 Calitzdorp is situated just 4 hours from Cape Town on the quiet and scenic Cape Route 62 tourist route and halfway to Port Elizabeth. It is nestled on the Western side of the Little or Klein Karoo region, in the Western Cape Province of South Africa.

This peaceful little haven is also known as the Port Capital of South Africa, due to the quality of the port wines made by the local wine cellars.

The Klein Karoo has a unique biodiversity with rare flora and fauna which are major attractions in the area. It is a gorgeous part of the Cape Floral Kingdom that functions as something of a mini desert - sparse, dry and arid countryside interjected by surprisingly fertile valleys, through which mountain streams meander to provide a source of water for the surprising amount of fruit grown in the area. Apricots, peaches and grapes are all major crops.

The Calitzdorp area is also renowned for its indigenous flora, especially the 500 species of succulents, 200 of which are endemic and found nowhere else on earth. 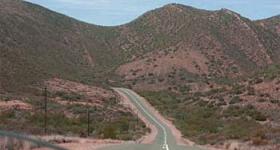 Cape Route 62 is the tourist route that meanders between Cape Town and Oudtshoorn, the Langkloof and Port Elizabeth and is modeled after the iconic US Route 66, made famous by the great Nat King Cole song. It is a shorter, more scenic alternative to the N2 highway, and gives Calitzdorp its second nick-name: 'Gateway to the Garden Route'.

Calitzdorp accommodation caters for a wide variety of tastes, from 5-star guesthouses and Bed & Breakfast establishments to rustic camping. 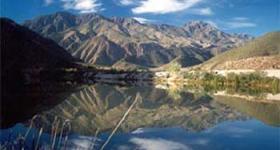 The town enjoys a mild climate, but in the summer it is often very hot during the day - mainly a dry heat, with temperatures up to 40º C. It is moderated however by a frequent afternoon breeze from the ocean, with moderate to cool evenings. Winters have plenty of sunny days, but cold nights with occasional frost and snow often falling on the surrounding Mountain Ranges. The prevailing winds are mainly from the south in summer and there is a hot wind from the North in August. Rainfall averanges around 200mm per year, often during the transition of the seasons.