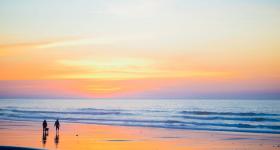 Glentana is a beautiful seaside village on the Indian Ocean coast, almost half way between Mossel Bay and George. As it is principally a holiday village Glentana only becomes busy during the major school holidays, for the rest of the year it goes back to around 20 percent occupancy of mostly retirees and the odd professionals who commute to George.

Renowned for its pristine sandy beaches topped by fynbos covered cliffs, Glentana was founded on an ancient river bed that is surrounded by steep cliffs, sheltering it from the wind. The mediterranean maritime climate is characterised by mild winters and moderate summers, with rain occurring mostly during winter. 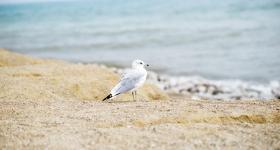 The village was established in the early 20th century, when the first houses in the area were built following the running aground of a floating dock, destined for Durban, on 1 November 1902. The salvage operation attracted the attention of Attie Murray, a lawyer from Oudtshoorn, who built a holiday home there after an extended holiday on the Glen Tanar estate in Scotland, and named the cottage 'Glentana' to commemorate Glen Tanar. The name stuck and today Glentana remains a popular seaside holiday destination.

Accommodation establishments includes caravan and camp sites on the beach, self-catering units as well as bed-and-breakfast accommodation and guest houses.