National Parks of the Garden Route 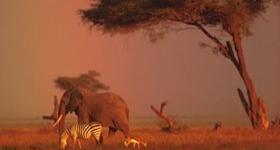 Africa is synonymous with wildlife, and in South Africa's National Parks you will find an unparalleled variety of insect, fish, reptile, amphibian, bird and mammal life, coupled with a diversity of plant species.

Along the Garden Route, there are various National Parks, each with its own special magic, with the emphasis is on conservation and on the preservation and maintenance of natural assets and processes. 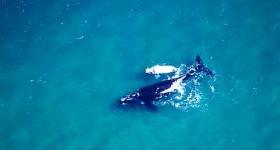 The Wilderness National Park is located in the Garden Route of the Western Cape province has five rivers, five lakes, two estuaries, 28km of coastline, and is surrounded by a National lake area. It stretches from the Touw River mouth to the Swartvlei estuary and beyond, where it links with the Goukamma Nature Reserve, giving welcome protection to five lakes and the Serpentine, which is the winding strip of water joining Island Lake to the Touw River at the Ebb-and-flow Rest camp.

Explore a captivating world of lakes, rivers, estuaries and beaches that gently unfolds against a backdrop of lush forest and lofty mountains. Nature trails wind through densely wooded forest and along tranquil rivers, and the rare and sensitive ecosystem is home to a wealth of water birds - affording you the opportunity to encounter the brilliantly coloured Knysna lourie, or one of the five kingfisher species that occur here. During spring, a carpet of flowers, further enhance the verdant beauty of this national park. 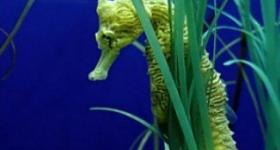 The exceptionally beautiful Knysna National Lake Area is home to the endangered Knysna seahorse and a large diversity of marine life. Sandbanks and salt marshes teem with life and in turn provide food to an immeasurable number of organisms. Dominated by the craggy bastions of the twin Knysna Heads, the lagoon has borne witness to centuries of trade in timber, ivory and gold. The Lake Area enjoys a temperate climate and visitors can revel in the warm summer sun. 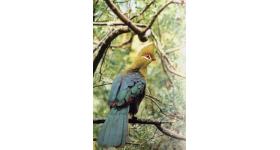 The Tsitsikamma National Park stretches from the Groot River at Oubosstrand in the east, to Nature's Valley in the west, stretching some 5 km to sea, protecting a wonderland of inter-tidal life, reef and deep-sea fish. The visitor will be enthralled by the spectacular river gorges, rain forest, the flowers of the unique fynbos region, and one of the world's most beautiful rocky coastlines, harbouring a marine eco-system which is delicately balanced and exotically beautiful. Watch dolphins frolic in the breakers, surfing and playing for the sheer joy of life, and the gentle giant of the ocean, the southern right whale visits here, coming inshore to breed. Other gems to look out for include the severely threatened African Black Oystercatcher nesting along the park’s rocky coastline, the famous Knysna Lourie, the miniature Blue Duiker antelope and the shy and elusive Cape Clawless Otter – which lends its name to the Otter Trail hike. 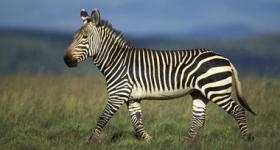 The Karoo National Park has a wide variety of endemic wildlife. Many species have been relocated to their former ranges - such as black rhino and buffalo, as well as Cape mountain zebra. The park is also home to springbok, gemsbok, red hartebeest, kudu, klipspringer, mountain reedbuck, grey rhebok, duiker and steenbok. It is famous for its larger number of black eagles (there are over 20 breeding pairs within the park) which thrive on the local "dassies" (rock hyraxes).

Towards late afternoon, the great, unyielding canopy slowly softens its fierceness, and from pastel shades of pink and blue, the colours deepen, setting the endless Karoo canvas ablaze with glorious hues of orange and red. The Great Karoo is a vast and unforgiving landscape of which the Karoo National Park is but a small portion. Being the largest ecosystem in South Africa, the Karoo is home to a fascinating diversity of life, all having adapted to survive in these harsh conditions. Karoo National Park is dominated by the lofty Nuweveld Mountains and rolling plains, where many species that originally occurred here now occupy their former ranges.