James Marais and Monique Cassells are renowned for their “Oldies But Goldies” and various other tribute shows, which have brought them continually well-supported performances at ReedValley over the years. They are now bringing their “Old School Country Legends Tribute” show back to ReedValley.

Just as with their previous shows, the “Old School Country Legends Tribute” show is a mini-theatrical experience, featuring the dynamic vocal and visual performances of James and Monique, alternating as a duo and individual performers, who also do multiple costume changes throughout. 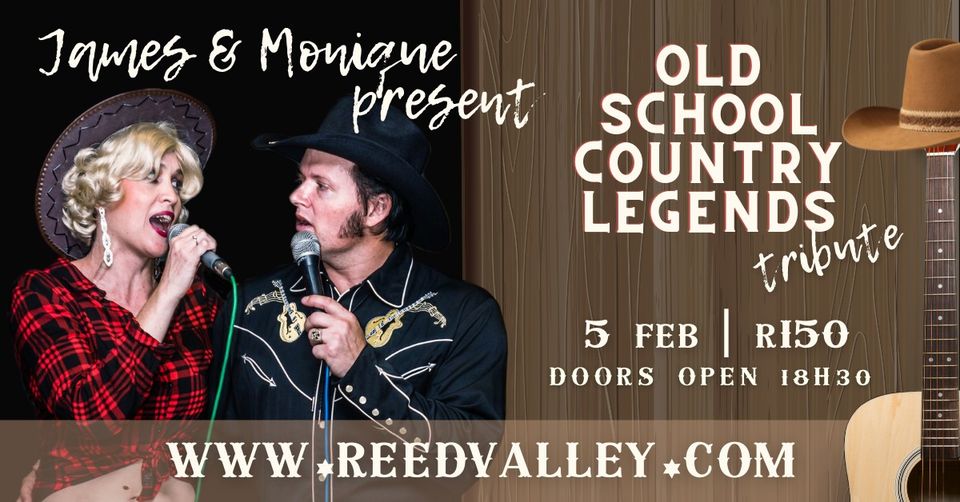 James, renowned as the no. 1 Elvis Presley tribute artist in South Africa, and who has appeared on television several times, including appearances on SABC 2’s game shows, “Noot Vir Noot” and “Musiek Roulette”, as well as Kyknet’s “Jou Show”, presented by Emo Adams, shows his versatility as he excels in the Country genre with songs by legendary artists such as Johnny Cash (“Folsom Prison Blues”), Don Williams (“You’re My Best Friend”) and Glen Campbell (“Rhinestone Cowboy”).

Monique, who has gained widespread praise for her powerhouse voice and performances, as well as her versatility, shows her excellent capabilities as a Country singer, with tributes to
Country legends such as Patsy Cline (“Crazy”), Tammy Wynette (“Stand By Your Man”) and Dolly Parton (“9 to 5”). Monique made her television debut on SABC 2’s “Musiek Roulette”
in May 2018.

James and Monique are a powerful duo and perform some wonderful duets in the show by artists such as Johnny Cash and June Carter (“Jackson”), Kenny Rodgers and Dolly Parton (“Islands In The Stream”), as well as songs not originally performed as a duet, such as Merle Haggard’s “Somewhere Between”.

Bring along your Country hat, belt and boots, and come and enjoy a tribute to some of the greatest Old School Country songs of all time!